Redshirting is Not Always the Answer 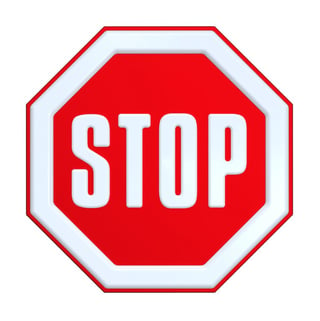 There comes a time at the end of the year, typically around April, where parents of a preschooler have to make an important decision; deciding whether or not to enroll their child in kindergarten. Parents who have a child with a summer birthday often struggle with the decision to enroll their child. Most of the time the preschool teacher will suggest that the parents hold the child back for an extra year until they are older and more ready. This process is called redshirting. The term originated in sports and meant that a child would be held back for a year so that he/she could develop better athletic skills. The term has now moved into the academic world and has had parents redshirting their 4 year old’s from kindergarten.

When I was 4 years old, my parents were faced with the tough decision of either redshirting me or letting me start kindergarten as one of the youngest children in the class. In New Jersey, the cutoff date to enroll is October 1st. This meant that children had to be aged 4-5 by that date. Unlike my parent’s friends who had children born in the fall and winter, I was a summer baby. This meant I would not be five until the end of the school year when most children in my class were already five and even some turning six. This put my parents in an awkward situation. My teacher recommended that I be redshirted because I would not be as developed as the other students.

My mother thought how will I know where my daughter stands in 5 months vs. how she is now?

I was ready academically, but I had a shy persona. I rather be alone than engage with other students, which made my mother question enrolling me. Finally, my father decided that it would be good for me because I would have an academic advantage and that starting school early is not always a bad thing. He believed I would have a benefit over the other students because I was more exposed to school. The more education the better, right? Frankly, it’s proven to be a benefit in studies that have been done.

According to an article posted in the New York Times by Sam Wang, an associate professor of molecular biology and neuroscience at Princeton and Sandra Aamodt, a former editor in chief of Nature Neuroscience, they discuss how not redshirting your child is more beneficial than holding them back a year.

The article mentions a study done in Canada that involved 26 Canadian elementary schools, first grade students who were young for their year showed more progress in reading and math than kindergartners who were old for their grade. In other words, like my father had believed, school makes children brighter.

Secondly, Wang and Aamodt mention how the benefits of being younger are even greater than the children who skip a grade. When compared to the non-skippers, the younger students pursue more cutting-edge degrees and often enter more professional schools. They state:

“Acceleration is a powerful intervention, with effects on achievement that are twice as large as programs for the gifted. Grade-skippers even report more positive social and emotional feelings. These differences may come from the increased challenges of a demanding environment. Learning is maximized not by getting all the answers right, but by making errors and correcting them quickly. In this respect, children benefit from being close to the limits of their ability. Too low an error rate becomes boring, while too high an error rate is unrewarding. A delay in school entry may therefore still be justified if children are very far behind their peers, leaving a gap too broad for school to allow effective learning.”

Lastly, Wang and Aamodt mention how parents always want to offer the best environment for their child. They mention how delaying school is not the right approach. It is not the right choice because the first six years of life are known to be the time for the most progression and change in brain development. We do not want to put this on pause by having children held back because the four year old brain uses a tremendous amount of energy and will not be using that kind of energy when they’re older. So in other words, brain development does not need a pause button. It needs to continue to kick in over drive and parents need to let their children go about developing their brain power.

Diane Whitmore Schanzenbach and Stephanie Howard Larson’s “Is Your Child Ready for Kindergarten?”

In 2007, economists Elizabeth Cascio and Diane Whitmore Schanzenbach decided to analyze the data of Tennessee’s Project STAR, which was an experiment initially put together to test the effects of classroom size on learning. The two decided to add a different spin to it: they wanted to know what would happen if the classes were put together at random. The kids were assigned to random classes with no say from the parents, meaning they could not pick a different teacher, school, or class for their child to be in to gain any type of advantage somehow.

In the kindergarten classroom, there were children of the same age and some younger. Cascio and Schanzenbach’s main goal was to see if the children in kindergarten that were younger than the average entry age would have better test scores than their peers. This study led to a difference in age and maturity. Researchers discovered that relatively mature students did not have quite the upper-hand academically. In fact, when looking at their progress at the end of kindergarten and later when they reached middle school, they did not have an advantage. The students turned out to have lower test scores and were more likely to be held back a year. Lastly, the younger kindergarten students had a more positive outcome. Because they were exposed to a more mature environment, they made every effort to keep up with their peers and some even outshined them.

Ultimately, redshirting helped students become more mature and developed for kindergarten, but the benefit of being older at the start of kindergarten declines sharply as children move through the school grades.

Redshirting can also affect your child when it comes to maturity and socializing with their peers. Because they are held back a year, they are older, which means they will mature before their peers. They will experience changes that their peers cannot relate to.

Vivian, a Math Genie teacher, recently attended a lecture about redshirting and mentioned what the professor was saying about the topic.

“A lot of times, the child will hold it against the parent for allowing them to be held back because they experience physically and emotional changes that their peers do not go through. This happens especially if the retention did not help.”

When making the decision whether to redshirt or not to redshirt, remember this: your child can never learn too much!

Schanzenbach, Diane, and Stephanie Howard Larson. "Is Your Child Ready for

Wang, Sam, and Sandra Aamodt. "Delay Kindergarten at Your Child’s Peril." The New