Why Has The Graduation Rate In NJ Risen? 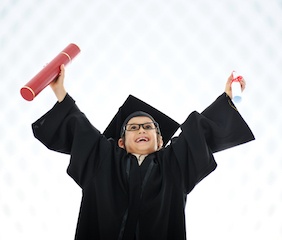 The NJ high school graduation rate from this past June has risen to a new high with more than nine in ten students graduating, according to a recent story from NJ Spotlight. In fact, the state graduation rate has actually been consistently rising over the past few years.

The graduation rate in 2011 was 83 percent and went up to 89.7 percent in 2015. And this past year, it rose to a total of 90.1 percent. We also had increased rates these past few years for various minority groups.

But this new information would suggest that, if anything, the opposite is actually true. Now, would I say that these new standards have actually directly contributed to the higher graduation rate? Not necessarily. This could be due to a number of factors such as better teachers or better methods of teaching. It becomes hard to tell what really caused it.

Although, this does seem to show that the new PARCC graduation requirements haven’t negatively affected the graduation rate like a lot of people thought it would. So why is this? Well, although the new requirements do say that students need to pass the PARCC exams to graduate, it does allow other options, like presenting a portfolio of the child’s schoolwork to show that they should be allowed to graduate.

So it would seem that these other options have made it so that we could avoid a significant amount of NJ students failing to graduate. Although I suppose one could still argue that there are other downsides to these new graduation requirements, like perhaps that they could put too much unnecessary stress on children. But for the time being, there’s no evidence that these new standards are going to be a problem as far as causing fewer students to graduate high school.