What is The Abacus?

Posted by Aparajitha Suresh on September 23, 2017

An abacus is a simple 'counting frame' that was used by many great ancient civilizations (there is recorded use by Mesopotamians, ancient Egyptians, Persians, Greeks, Romans, the Chinese Tang Dynasty, Buddhist scholars, etc.). Monikered as 'The First Calculator,' this nifty device allowed ancient scholars to perform large digit numerical operations with ease, long before the invention of the written numerical system.

To date, it is still commonly used by merchants, traders and clerks, and is being taught in many schools around the world because of its many neurological benefits, and ability to help people with visual / learning impairments.

In addition to the rows, the abacus has different columns, which represent place values. The amount of place values varies depending on the size and design of the abacus (Note: all abaci can perform decimal operations as well).

But don't let the simplistic design of the abacus fool you into thinking a calculator is better. The abacus has endured all this time because of its power -- both as a calculator, and as a tool for enrichment. Even in 2020, the benefits of the abacus are unquestionable.

More Powerful than a Calculator

The abacus tool can perform the foundational arithmetic operations of addition, subtraction, multiplication, division, both at a small scale and with large digit inputs. Moreover, as users progress, they can easily execute long division and negative number operations.

Did you know, even today, fluent abacus users can solve large digit problems faster than a calculator (this includes punching in the digits), with the same accuracy?

More than its calculative capacity, the abacus' true genius lies in its ability to enhance brain development. When students begin to mentally think of numbers as abacus beads (as opposed to as separate, written numerals), not only do they improve their visuospatial / visuomotor processing, but they also are able to calculate math problems using less short term memory space -- and this greatly improves efficiency!

Here, at Math Genie, we've understood all that the powerful abacus can offer to your child, both as a calculator and as a tool for increased brain development, even in the twenty-first century.

Come try a class and see if the abacus help your kid unlock their inner genius! 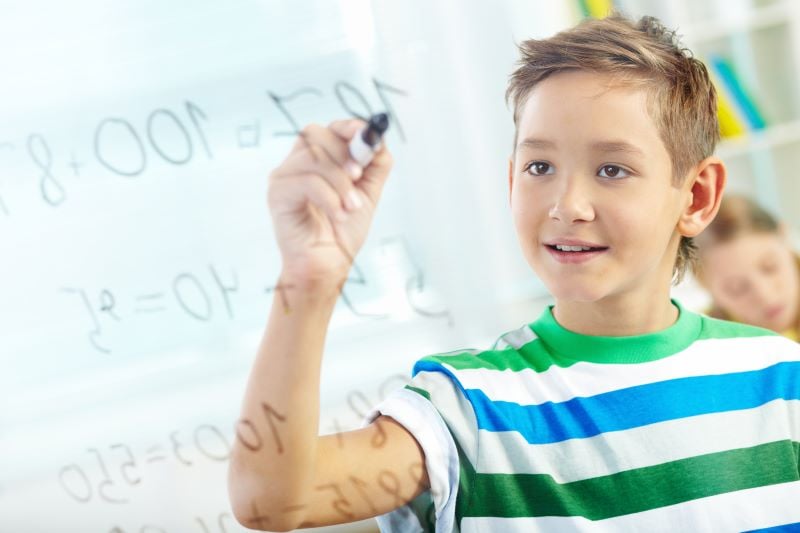 Is Your Child Behind in School?
Read More 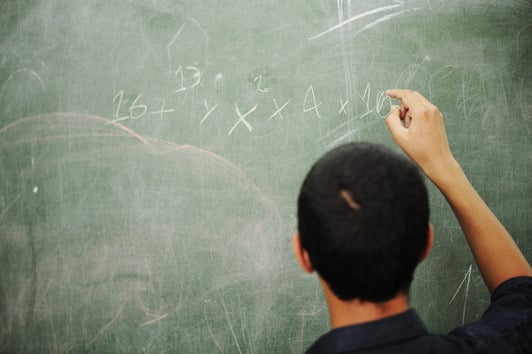